So we’d had the Launch of the trail opening at Riverside Odeon with a few Gogogorillas including ‘my’ Sea Monkey. Impressive!

After fixing the statues up (Jim especially had several large scratches and holes in him from being climbed on – with force I would think). 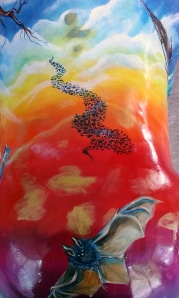 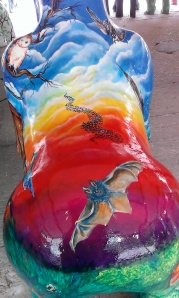 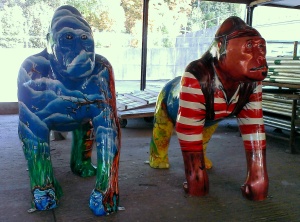 But at the end of the trail time, in September, Break wrangled all 60-ish gorillas (and a surprise new Alan Partridge made for the opening of his film) in front of the Forum. It was fabulous to see them all out in the sun together! 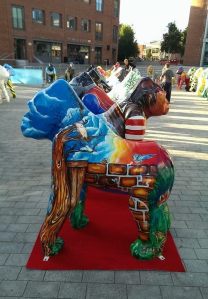 They were there for a few days and then taken inside the Forum for the Auction night. I went and sat with the lovely Mik and Tina- but didn’t bid, much as I would have loved to! 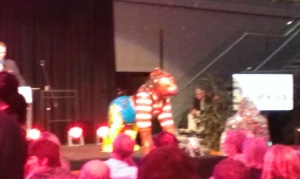 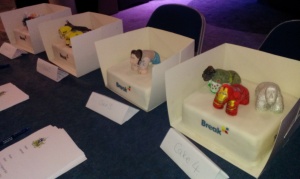 A bidding war started over the Carrow Road one, which ended at £17,000.  Then finally Mik’s repainted “Freddie’ came out. At around £8,000 the bidding slowed and Mik was about to go and congratulate the winner, when it started again. This time it was leaping up in £1,000s! It was the big seller of the night, going for £20,000.

Over £272,300 was raised for BREAK and Born Free – a FAB effort and a really fun experience for us all. Huge thanks to Martin and the team for organising it all!