As said I had a free day after working at the Rugby 7’s for HK YAF, and arranged to meet my muse and mate Symone of Pole Paradise Studios. We met at the ferry to Discovery Bay, which, sadly, Al of Shizznitt who does the brilliant time-lapse videos, missed!

DB is called an ‘eco-community’ as there are meant to be no cars – most people use a golf buggy – on the south side of Lantau Island which is easiest to get to by ferry which is usually a high-speed hydrofoil. (There is a long route through the island and past HK Airport etc but I’ve never done it).

In reality there are a lot of buses and vans but it looks fairly idyllic!

We went to the studio of Rouge Photography, Dee,  a lady who Symone had worked with before. I glittered Symone there: I had a vague idea of an alternative mermaid with frilly gills along her ribs, and had asked her to see if she knew anyone and any place we could maybe get some in-water shots seeing as the artwork would be waterproof. We lucked out with Rouge knowing a ‘secret waterfall pool….’

Typically I realised I’d left the big triangular breast cover I had pre-glued in my hotel room, but luckily Symone had an old bra I chopped up and glued on, and by that time Al had caught up with us too.

This is Al’s videos of me  glittering Symone.

For once I use some non-cosmetic grade glitters too, some very chunky grades that were almost like sequins, to give some variation in texture to the design. We added a long manga wig I had, and went for lunch. We did get some strange looks in th quiet Tapas cafe in the business area there! 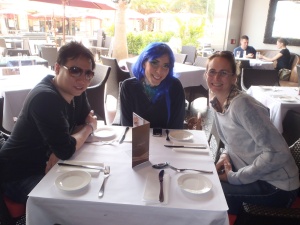 We were joined by Dee’s mate Gareth, who oddly enough I knew from having seen his films campaigning against the hideous shark-fin trade. See some of the disgraceful displays he has seen and filmed here… 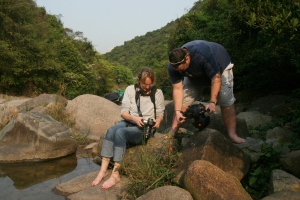 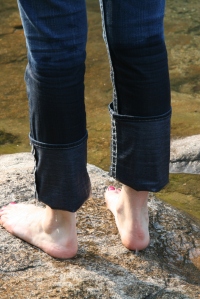 Anyway, he had an underwater camera set-up which we hoped to use to get some shots of Symone underwater. 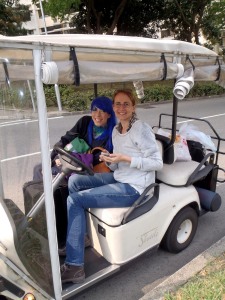 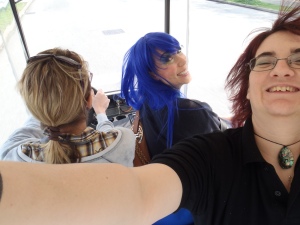 We parked the golf cart (again, odd looks from the few people we passed) at the side of a very quiet hill road, climbed over the barrier, and started lugging kit and ourselves carefully down a tiny track. Watching out for snakes and (on my side at any rate) the creepy long-legged big spiders with the dayglo joint blobs I loathed.

Then we portered the kit over the rocks which stretched out into the water. It was a beautiful place, and actually starting to warm a little – Hong Kong is often NOT that toasty in March! 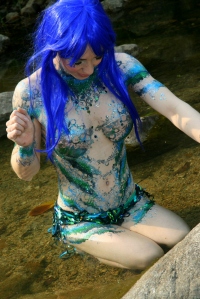 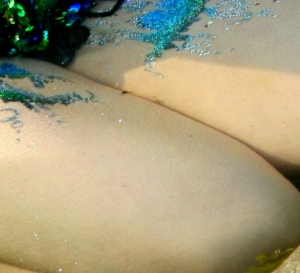 Symone posed on the rocks and then started easing herself down into the chilly water, attracting a friendly tadpole for a while (the tiny dot on her thigh, above). We gave several hikers who were using the gully as a walk route a very odd surprise… some of them wouldn’t even stop to ask what we were up to! 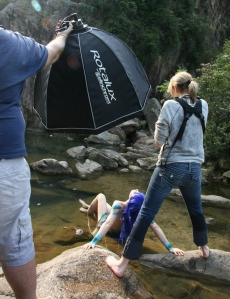 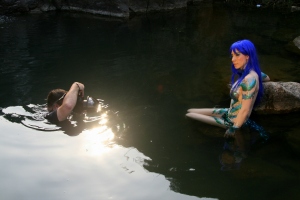 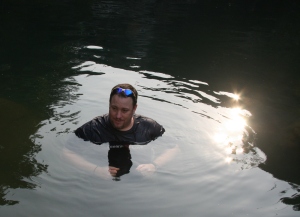 Sadly due to light and some technical hitches, we didn’t get any underwater shots – the water was very murky too. But what a different look from my usual HK shoots – I loved it! 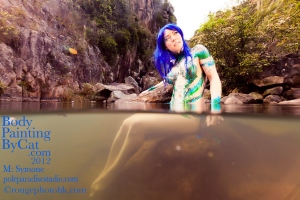 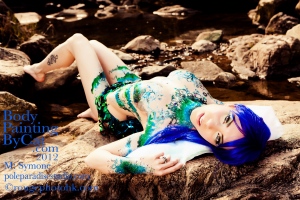 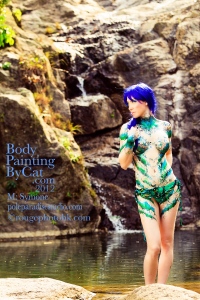 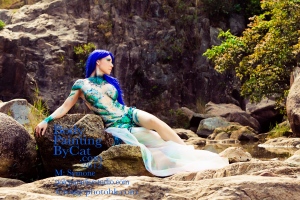 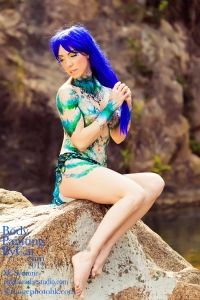 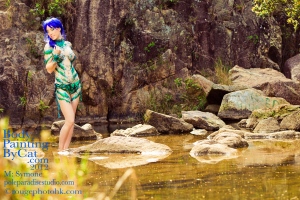 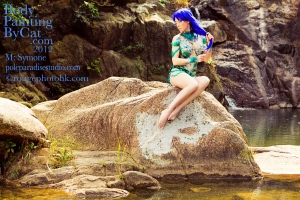 Thanks to all involved. 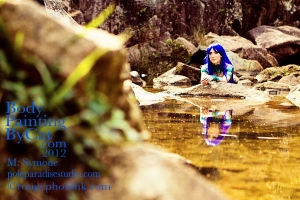 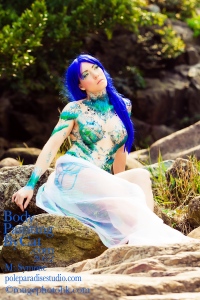 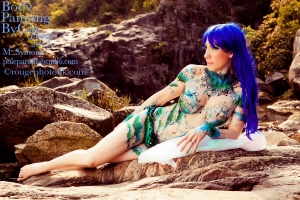 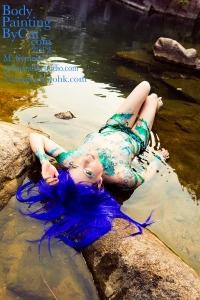 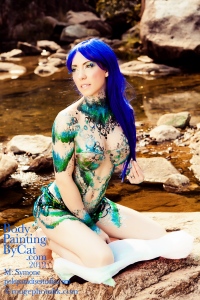 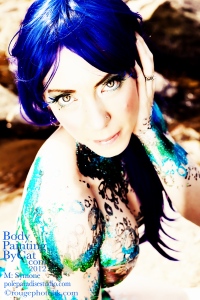