I actually 1st ‘met’ face paint when I was the Education Officer at Banham Zoo, running science lessons and giving public feeding talks. They used good paints (Grimas) but the designs and hygiene were not great and I improved loads as soon as I started researching face paint myself. Banham Zoo is 1 of 3 East Anglian attractions owned by the same group, and after having worked in their safari park too, I always meant to visit their original site, Norfolks‘ Dinosaur Adventure Park.

That was 8 years ago; we finally drove up when my mum was visiting at the end of September, and it was a really good day. 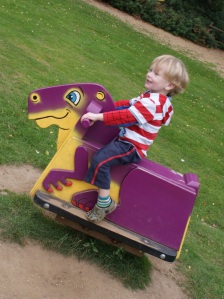 You could tell which of their life-size models were older (or cheaper maybe) as some of the anatomy just looked…. – wrong. I’m not an expert – yes I worked in London’s Natural History Museum for years when I first graduated, but the Dino Gallery wasn’t my fave area in it – but some were great. 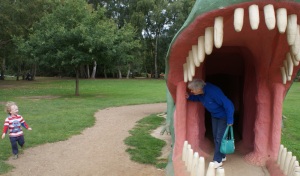 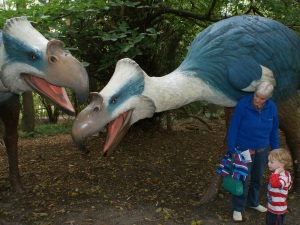 Plus there was the petting zoo  (Finley got to cuddle a guinea pig, etc, he’s mainly used only to farm animals at home-check out the ‘vicious wee killer Monty Python beastie’ lurking behind him!)and all the adventure play stuff. Typically where we spent longest was on a big trampoline! 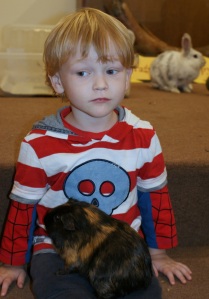 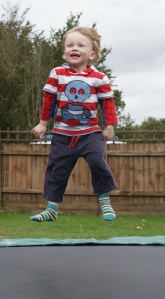 Anyway long story short, I saw they were holding a horror event in the evenings over Halloween, so I emailed asking who did their actor’s makeup. And was asked to go and run a face-paint stall there instead. It sounded interesting, both for getting to paint things not usually on offer at my main hirer, Bewilderwood, but also to see what goes on at a Haunted House type event which they called ‘PrimEvil, Norfolks biggest Halloween Experience’. 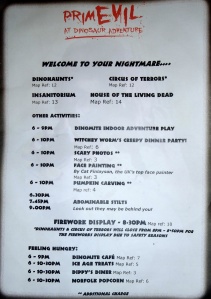 It was a bit of a rush each evening, finishing painting at Bewilderwood, packing all my gear into my car, fighting rush-hour traffic, lugging my kit back out of the car and through the queue into the Dino Park’s entrance restaurant and setting up again. 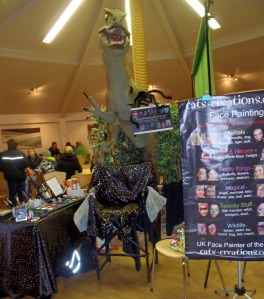 I was beside some guys called Isnap Events doing green-screen on-demand photos which was a fantastic idea. People posed against the screen and then in this case could see how the looked in each of 4 spooky backgrounds (like this) and were then able to buy a print if they wished. I also tried and got addicted to chilli popcorn from Bintree Farm – which wasn’t hot enough to burn but tasted warm even when it was cold. Yum. 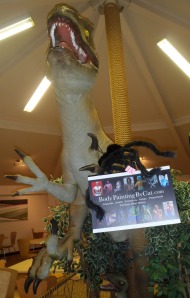 It was slightly off-putting painting with a large T-Rex looming over me (and 1 of the ladies who covered the Sat night when I was bodypainting elsewhere said she kept getting his claws in her hair) but it made the on-my-chair photos interesting:)And I did put MrT to good use!

As far as I can work out, people bought tickets first of all to just the ‘free’ things – whatever was going on in the big new indoor kids play area and a long walk through the woods with actors etc leaping out at you. And animal handling sessions with bugs, snakes etc. There was also a wee fireworks show towards 9pm I think it was each night.

My faves were the seriously freaky stilt walkers, the guy with the roughest scariest growly voice, who appeared in a variety of costumes including a striped cirque de freke style thing and as giant bugs. Just simple words – like “LIKE” and “PRETTY” being screamed out by him at randomn people were enough to halt several groups at the entrance and put a few off for a while:)They also had a giant Monty Python style ‘death’ look with huge crabby hands. What I loved was that customers would run into  the cafe with me, or the low ceilinged entrance area between the cafe and the shop/ ticket office, and think they were ‘safe’. But then the stilt walkers would bend almost double and get in to chase them! Brilliant. Again thats 6ft7 richard making the young lady appear a bit smaller than she actually was…

Then you could also buy extra tickets into the ‘special’ areas – there was an Insanitarium and a Circus of Horrors, also staffed with more actors, which advised no under 12’s go in. From what I heard – and the state of a few severely rattled adults/ teens who came back to the cafe to calm down or sit out the rest- it could be pretty scary. 2 Code Yellows and a Code Brown were also rumoured. But some kids were fine…I’m afraid I chickened out as I am really not great with scary stuff. I adored Stephen king, James Herbet etc books as a teen but since I had Finley I don’t seem to be able to cope with even slightly spooky films! 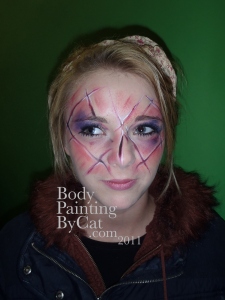 So I painted customers and staff instead. This is my new fave gore idea – razor slashed faces. This 1 is a Bloody Valentine (heart) eye but I was doing a great line in razor-slashed butterflies too. I LOVE Grimas burgundy for this, is perfect for bruising and old blood as well as nice flowers and butterflies. I don’t have SFX kit (as said not good with scary and hate faffing around/ lugging yet more kit in) so I just use my regular paints. Got to say I reckon it’s just as good as SFX gore in some cases and probably a lot faster. 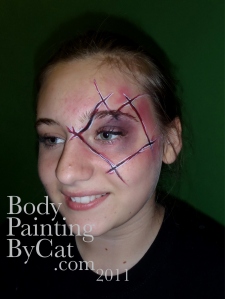 It’s an odd gig – as an ex- teacher (or anything else!) I never expected to be having conversations with parents like this:

Me: “…and how would you like your child to have died?” 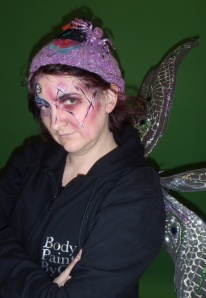